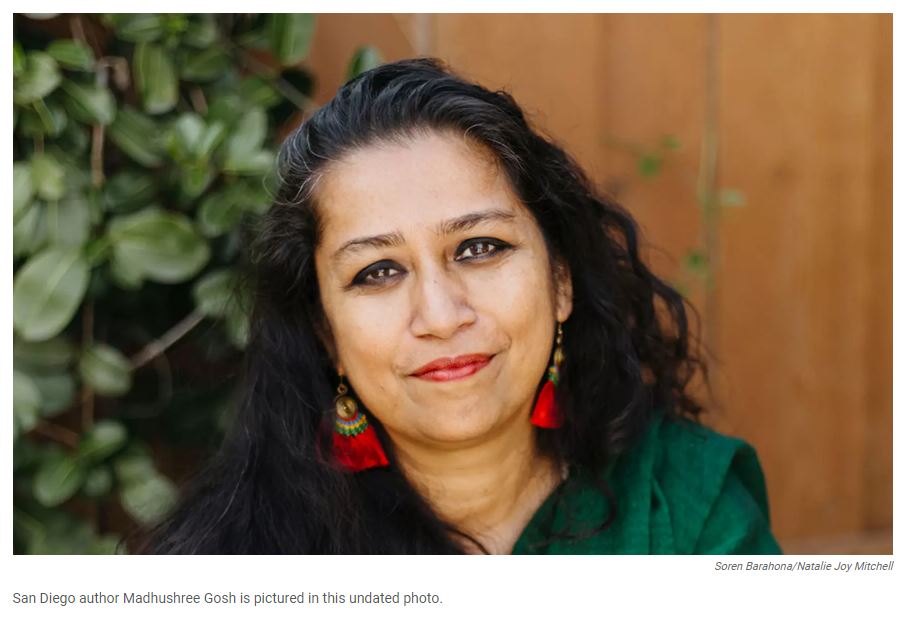 Listen to the interview here

Memories can take many forms, from sights and sounds to smells and tastes. For Indian-American author Madhushree Ghosh, food plays a major role in keeping her bonded to her native country, despite living thousands of miles away in San Diego.

“Food is a connection that you can have a conversation with. The lack of food or the removal of food from your world is also a conversation starter and a memory trigger. It’s always a part of my life,” Ghosh said.

Madhushree Gosh, author of Khabaar: An Immigrant Journey of Food, Memory, and Family joined Midday Edition Monday to talk about her book, and why food remains such an important piece of her life as an immigrant living in the United States.

Gosh will be speaking on a panel called Food is Life at the San Diego Union-Tribune Festival of Books on Saturday, August 20.

Publisher, "Khabaar: An Immigrant Journey of Food, Memory and Family"